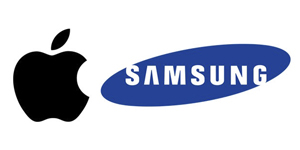 In every industry, there is at least one corporation that controls a huge chunk of the industry share by becoming superior in the quality of goods or services they provide. Because of this, there is often a rivalry between competing companies to dominate the industry. Even if one company rises to the top, it will not be permanent as other companies are working day and night in the background, aiming to overtake them. Unlike the food, oil, or agriculture industries, the smartphone/mobility industry is unpredictable, as companies are constantly innovating and enhancing technologies and features to keep up with the competition, as well as honoring customer expectations to earn loyalty.

In 2018, Apple had net sales of $256.6 billion, with the largest part ($166.7 billion) of its revenue generated from iPhone sales, representing a consistent growth from 2016 and 2017. The majority of Apple’s revenue comes from the United States ($112.1 billion), followed by Asia ($91.1 billion), and then Europe ($62.4 billion). A significant increase in revenues was recorded from China and Japan, 16% and 23% respectively, indicating that the political and technological war against the competing Huawei Technologies had a positive impact on Apple’s growth.

Samsung also had a solid 2018 with a revenue of $218 billion, compared to 2016’s $174.2 billion, though it is slightly lower than 2017’s $223.45 billion. While 2018 is a dip, the company’s net income increased from 2017’s $39.34 billion to $50.8 billion in 2018. Samsung Electronics has multiple sectors to generate revenue and income for the company. The largest of these is IT and mobile communications (generating $87 billion in sales) and device solutions including display panels manufacturing and semiconductor solutions (generating $102 billion). The sales 20% increase from 2016 to 2018 proves that Samsung is keeping up with the competition and is striving to attain the largest market share worldwide.

In my opinion, part of the success of both companies is the existence of competition. This competition encourages both Apple and Samsung to innovate and enhance world technologies. The rivalry is beneficial for the end consumers who represent at least half of the smartphone users worldwide. It is important that both companies realize that providing lower pricing is helping their growth, as they continue to develop more affordable products.