HomeDid Huawei Breach Privacy in Favor of the Chinese Government? 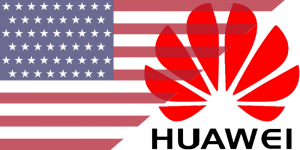 Did Huawei Breach Privacy in Favor of the Chinese Government?

Huawei Technologies began a meteoric rise ten years ago, just after Apple unveiled its iPhone and launched the smartphone market as we know it. The company now represents a major economic force in both the town that it helped create and the world as a whole. In fact, last year the company shipped more phones than Apple, the reigning champion in the mobile market. However, Huawei’s dominance of the market is in question as the United States government has made moves to cut off the tech giant from the pipeline of United States software and hardware upon which it relies to create the majority of its products. Despite these setbacks, Huawei’s leadership insists that the company will be fine.

Huawei has grown along with Shenzhen, a city that can be described as the Silicon Valley of Southern China. Shenzhen has grown remarkably over the past four decades, from a small village to the epicenter of several technology giants including ZTE, Tencent, and, of course, Huawei Technologies. Ultimately the Chinese government plans to link the city with other major economic hubs in the region, such as Macau and Hong Kong. There are two ways that Huawei plays a major part in this plan. First, Huawei alone represents as much as 10% of Shenzhen’s GDP; as a result, any major disruption to the company has the potential to decimate the city’s economy. Second, Huawei appears to be central in the race to develop 5G internet and roll it out on a large scale throughout China.

In order to achieve this, Huawei devotes a large portion of its resources towards research and development, outspending many of its competitors, including Microsoft, Apple, and Intel. The company hopes to gain an edge in the future and to insulate its supply chain from future disruptions.

These disruptions have their roots in the company’s first set of legal troubles from several months ago, when a UK cell phone carrier Vodafone determined that some of Huawei’s devices may have compromised security. A representative from the company spoke in front of the British Parliament, claiming that Huawei was completely independent from the Chinese government.  The true story may be more complicated. Some evidence suggests that Huawei is, at best, not employee owned, which the tech giant has often proclaimed, and at worst, operated by the Chinese government.

This Parliament hearing was shortly followed by President Trump signing an executive order that effectively banned United States companies from working with Huawei unless they received explicit permission from the government. As a result, Huawei lost many of its major partners including Facebook, Google, Corning (provider of Gorilla Glass) and ARM (a chip maker). It appears that Microsoft, Huawei’s biggest software partner will follow suit, though they have not made an official announcement.

There has already been a great deal of uncertainty about the consequences of President Trump’s decision, from the potential repercussions of defying the trade ban to the future of 5G internet all over the world. Huawei has begun the process to become independent from United States software and hardware and the coming weeks and months will show the impact this has on the United State’s historical dominance over these key areas.