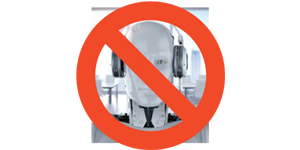 How this universal problem started and how it might be solved

With robocalls being at an all-time high it may be prudent to take a look at the history of this incredibly annoying phenomenon to try to figure out where everything originated. The first documented case of a robo call happened around 1853, when telegraphs would receive random electrical impulses that turned out to be moles chewing on underground wires. We also found that an important milestone in the history of robocalls occurred in 1968, with the advent of caller ID. Suddenly, people could discern whether the caller was someone they wanted to talk to or not, like a robot or a particular family member.

Unfortunately, neither of these fun facts are true (except for caller ID being invented in ’68). What is true however, is that the total number of robotic calls in 2018 totaled over 48 billion, which is nearly a 50% increase from the year before.

Part of the reason for this incredible rise is the fact that technology has advanced far more quickly than regulations could be developed, specifically thanks to two facts. The first is the advent of Voice over Internet Protocol (VoIP). This is the technology that allows services like Skype and WhatsApp to exits. VoIP has allowed people to communicate the world over, for very little to no direct cost and has been wonderful for people communicating.

Unfortunately, VoIP has a dark side, where any computer connected to the internet can make several thousand calls an hour. With only a dozen cheap computers, a person can easily make a half million calls in a day.

The second is the fact that it is relatively easy to “spoof” (or disguise) a phone number. Specifically, spoofing involves faking the number that appears on a person’s caller ID. There can be many legitimate reasons for spoofing, such as a doctor calling from a personal number, but appearing to call from their office.  It is easy for this feature to become corrupted and scammers are always looking for ways to become more sophisticated. Sometimes they will engage in a practice known as “neighbor spoofing,” where the spoofed number matches both the area code and first three digits (known as an exchange number) of the potential victim’s number. An even more disturbing phenomenon is that scammers are sometimes able to mimic a person’s own phone number entirely.

It appears however that there may finally be a light at the end of the tunnel. In addition to the traditional solution of signing up for the Federal do not call registry. The Senate passed a bill on May 23rd, 2019 called the TRACED Act, which can be signed into law as soon as it passes the House of Representatives. Though the TRACED Act appears to be a new piece of legislation, it modifies an earlier law from 1991 called the Telephone Consumer Protection Act (TCPA).

One modification is that it would allow the FCC to implement a new authentication framework called STIR/SHAKEN, which stand for the secure telephone identity revisited and signature-based handling of asserted information using tokens and is designed to suppress spoofing. Essentially the protocol means that wireless carriers will assign phone numbers small packets of data (known as tokens) and use those tokens to verify that calls are coming from a legitimate, verified source

These modifications would require the FCC to create rules for when a wireless carrier is permitted to block calls. In order to balance this, the FCC would also be required to create processes for people to verify their identity if they were blocked wrongfully.

Lastly, TRACED adds to the existing penalties of the TCPA and increases the maximum penalty per fraudulent call to $26,000 and extends the time the FCC has to pursue these penalties from one year to three years.

In about two weeks the FCC Chairman Ajit Pai will call together major industry leaders and stakeholders to review the lessons learned, potential barriers to implementing STIR/SHAKEN for both large and small carriers, and using call authentication to control the epidemic of spoofed robocalls.

Pai also indicated in February the FCC may “consider regulatory intervention” if there was not sufficient effort made to push back against robo calls, though this occurred before TRACED was passed by the Senate and it is unclear how/whether the bill will affect Pai’s expectations.

While getting several calls a day (with many cities getting over a billion robocalls per month) may just be an annoyance for now, future developments may be much more sinister. The scourge of robocalls directly ties in with another longstanding issue: data breaches.

For years, major companies, from retailers like Target to consumer reporting agencies like Equifax have seen major intrusions that have resulted in tens of millions of consumers having their data stolen. As a result, this data, from phone numbers to account numbers, are metaphorically floating through the internet and available to anyone who looks hard enough.

As if this weren’t bad enough, voice technology is also being developed that is remarkably sophisticated. In time, it may be possible for scammers to combine information gathered from these breaches with voice-mimicry software. It may be possible to mimic the voice of a loved one or authority figure to make their scam even more convincing.

For this alone, it is critical that both the government and major carriers resolve the issue before annoying calls about a credit card you don’t have turn into something far, far worse.

Swearingen, Jake. “Spam Robocalls Aren’t Slowing Down. Here’s the Tech That Could Stop Them.” Intelligencer, Intelligencer, 16 May 2018, nymag.com/intelligencer/2018/05/how-to-stop-spam-robocalls-with-stir-shaken.html.

Troutman, Eric J. “Huge Anti-Robocall Measure Passes In the Senate: Here Is Your Definitive Guide to How TRACED Alters the TCPA Worldscape.” The National Law Review, 24 May 2019, www.natlawreview.com/article/huge-anti-robocall-measure-passes-senate-here-your-definitive-guide-to-how-traced.